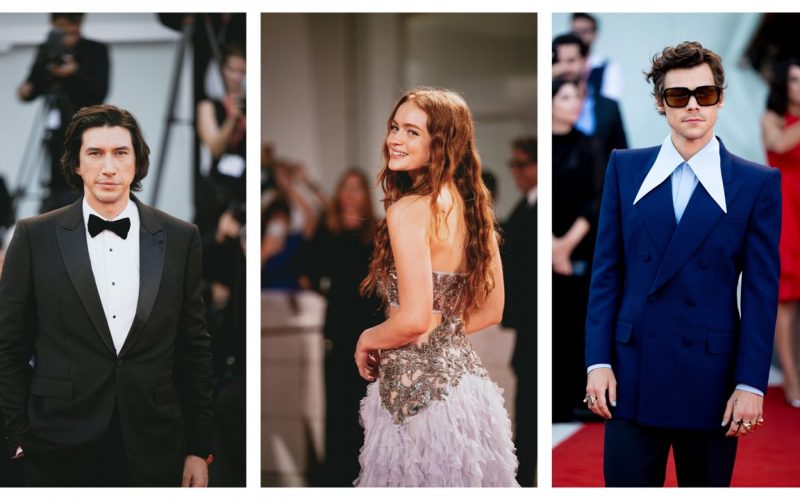 Thanks to its partnership with Metabrand.tech, the photo studio BK Studios can now certify its photos’ copyright on the blockchain by leveraging NFT technology.

BK Studios, based in Rome, Italy, is not just any photo studio. The subjects of BK Studios’ photos are actresses and actors, film directors, and talents and professionals from the entertainment industry.

Its clients are majors and film producers or distributors, and its photos become assets for the marketing campaigns of the movies, often used on social media channels.

Also, actresses and actors are among BK Studios’ clients, due to their need for professional portraits for their photo books.

The business of BK Studios could not have been different, being the studio owned by Brad&K Productions, the leading Italian digital marketing agency in the cinema and entertainment sector.

During the last edition of the Venice International Film Festival, BK Studios produced over 1.000 photos that feature celebrities such as – in the cover image above, from left to right – Adam Driver, Sadie Sink and Harry Styles.

Below, from left to right, Penelope Cruz, Cate Blanchett and Brad Pitt in BK Studios’ pictures. 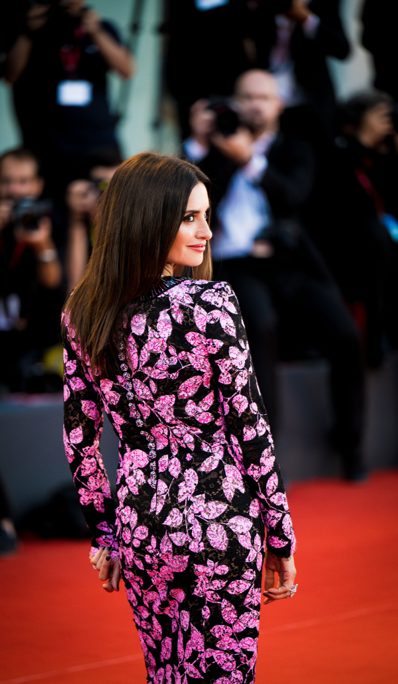 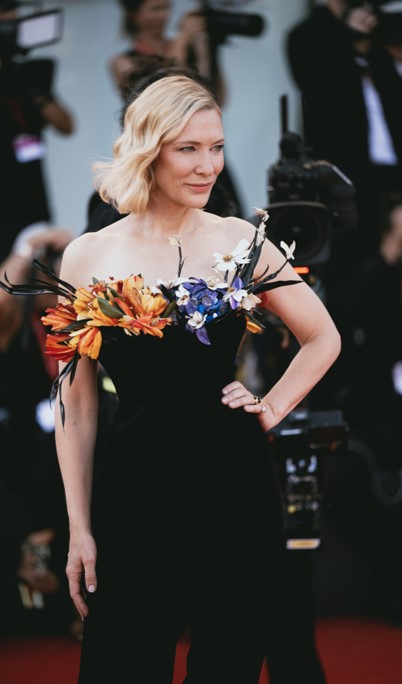 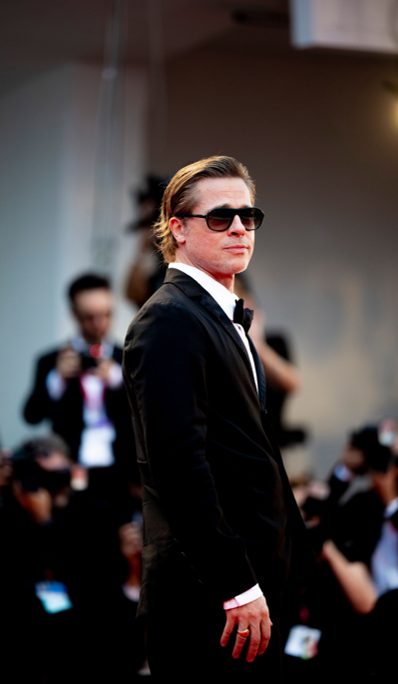 The certification of photo copyrights on NFT

One of the most critical issues for photographers or photo studios is the legal certification of the images’ copyright, which would require a high amount of expenses and time for appropriate protection from infringements, also considering the outstanding number of images usually created by them.

An innovative solution was found by Metabrand.tech, the Italian startup created to support companies to integrate NFTs in their marketing and branding strategies.

Metabrand.tech designed for BK Studios a platform, called Photochain, able to immediately certify as NFT (non-fungible token) on the blockchain its photos and videos’ copyright.

Below, one of BK Studios’ photos, featuring Timothee Chalamet and Taylor Russel, and its corresponding copyright’s certificate on NFT. 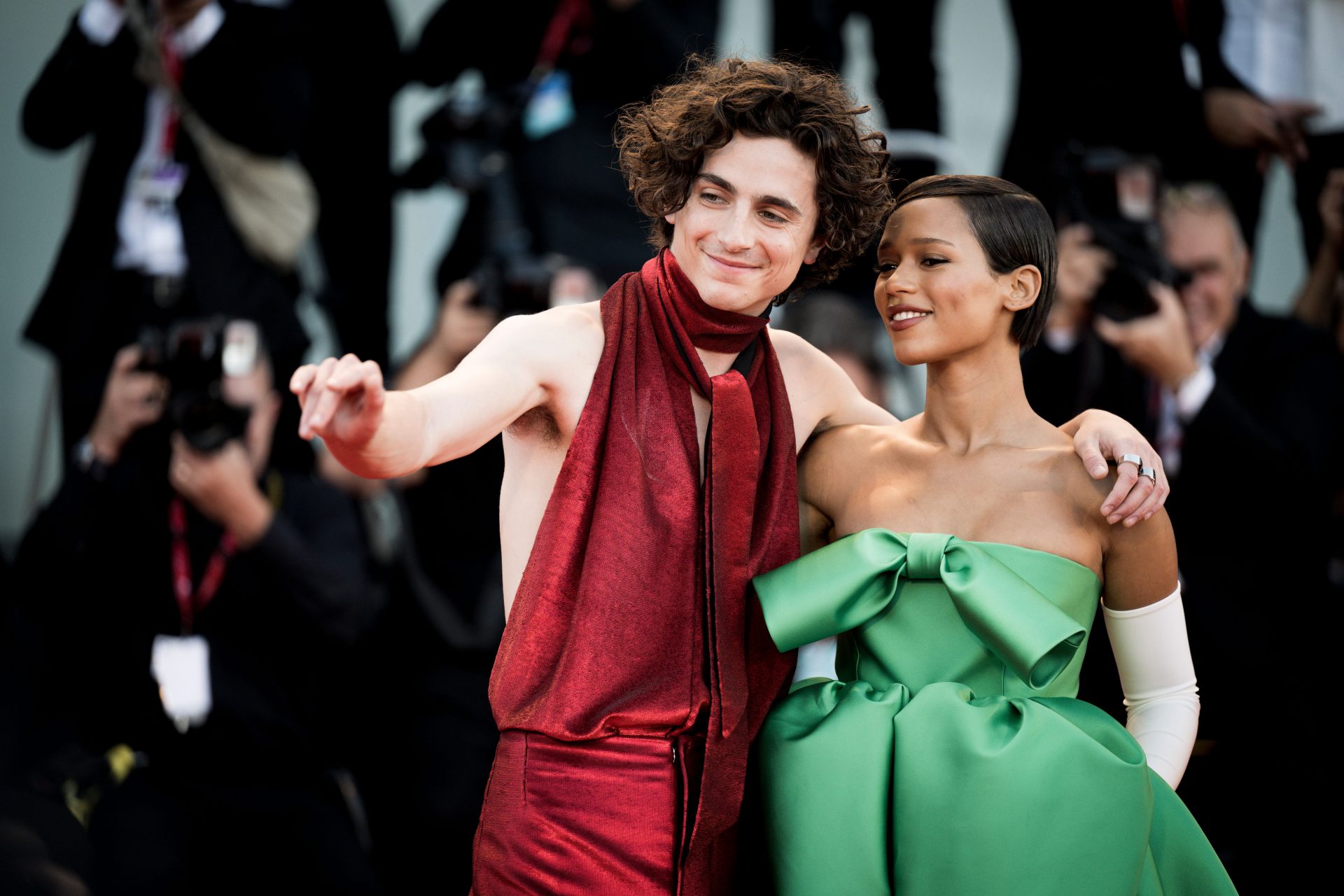 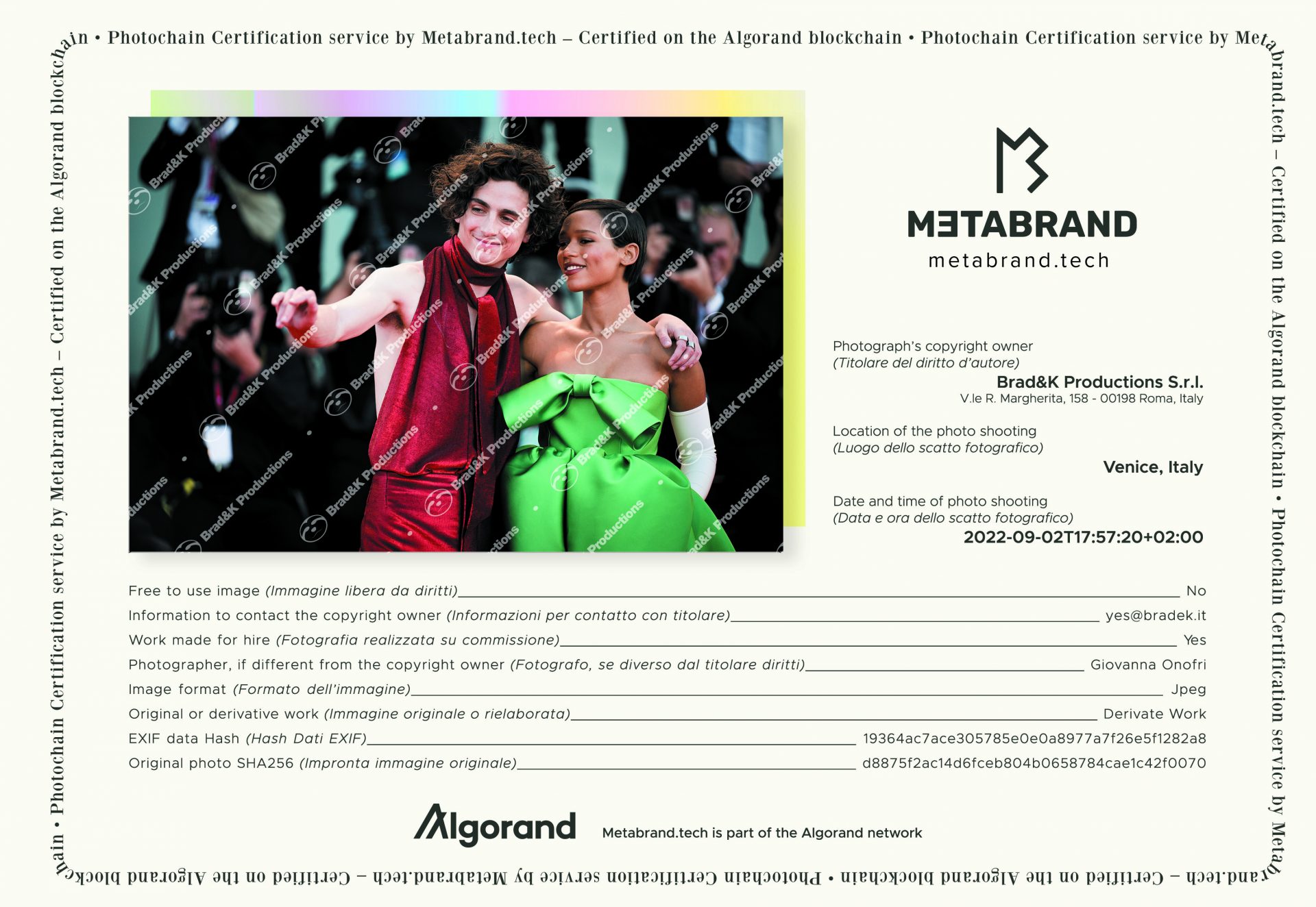 Thanks to the decentralized and transparent nature of the blockchain, the NFT is visible on Pera Explorer to everyone.

The advantages of the blockchain: NFT as unfalsifiable digital certification

An NFT (non-fungible token) is composed of unfalsifiable data stored on the blockchain: a token that can identify a unique digital asset – like a photo – and guarantee its authenticity.

NFT technology allows can allow digital certification with a level of safety e inviolability never seen before and has therefore made possible the existence of markets of digital items for the first time, based on a new form of ownership, ruled by the blockchain itself.

NFTs have recently become extremely popular, having fundamentally disrupted the market for digital items and created from scratch a demand for digital collectibles and crypto art.

But in the case of Photochain, the use of digital tokens is completely different: NFTs become tools for professional purposes, offering a fast, practical, and highly convenient solution to a common problem in the professional photography sector.

After entering the data required by the legal regulations for the copyright certification in a simple interface, those data are stored by Photochain in the blockchain, then generating with only one click a completely unfalsifiable digital certificate, deposited in the copyright owner’s e-wallet. 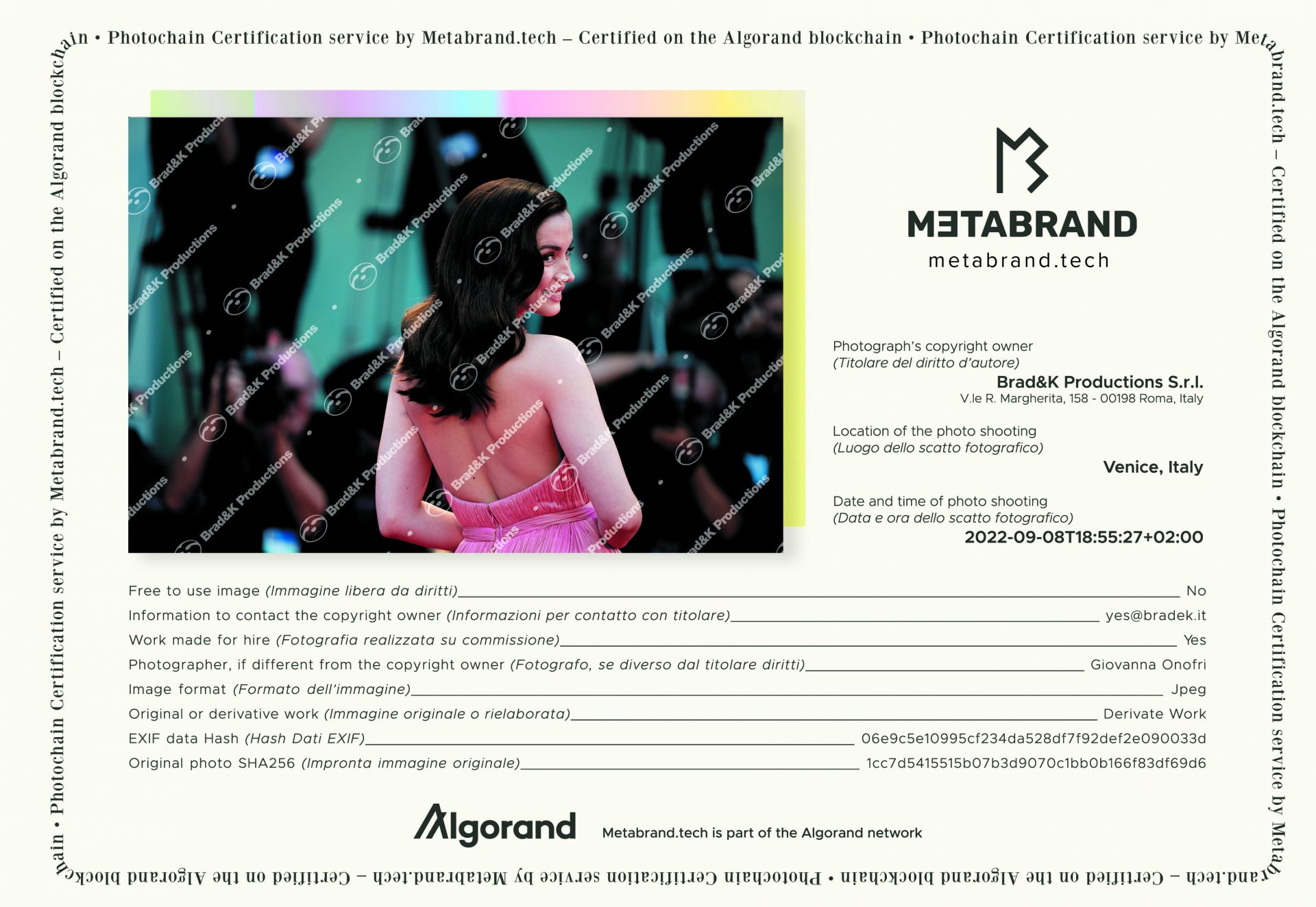 The NFT, again, is visible on Pera Explorer.

An innovative service built on Algorand, the green blockchain

Another key element of the Photochain project is the choice, by Metabrand.tech, to develop the platform on a blockchain distinguished by the highest levels of safety and scalability, as well as eco-sustainability.

The infrastructure chosen was Algorand, known as the green blockchain having been designed as a highly energy-efficient network from the start. Through its partnerships with organizations focused on sustainability such as ClimateTrade, while offsetting any small emission gaps, Algorand realizes its commitment to being carbon neutral.

Algorand was developed in 2017 by Silvio Micali, an Italian math and cryptography professor at MIT and recipient of the 2012 Turing Award (the “Nobel Prize” in computing) for his work in cryptography.

Metabrand.tech is officially part of the Algorand ecosystem and network.